How casual depends upon where you are in Panama.

Bocas del Toro is very casual. Flip-flops, shorts, a t-shirt, or even a tank top is fine.

In Panama City people tend to dress more stylishly than elsewhere in Panama. Business casual is more the norm. Suits and high heels are seen more often, but overall the dress is still casual.

I know I rachet up my wardrobe – slightly – while in Panama City. Of course, all those air-conditioned places in PTY makes getting dressed up a more comfortable option.

The highland areas (eg. Boquete, Volcan, El Valle) also dress casually. However, it is warmer-clothing casual since it is cooler in the highlands. So more long-pants and jeans, as well as sneakers or casual city shoes.

Before I tell you how people dress in Panama, I will show you.

Check out the photos below. Click on any photo to start the slide show.

In general, it’s good to look decent when you go out.

Yes, it is casual, but it is neat and tidy casual, not beach bum casual.

Of course, if you are simply on vacation, you can get away with dressing more casually.

However, if you are moving somewhere in Panama, it is a good idea to be presentable.

The truth is that you will likely be judged based on what you wear.

Most places in Panama are small towns, heck the whole country only has 3.5 million people, and they notice what you wear.

If you go out looking disheveled, with short shorts, or inappropriately attired, locals will notice and talk. It is always a good idea to respect the cultural norms of an area, whether you are a traveler or resident.

I’ll give you an idea of what I mean by presentable.

For a few years, my daughter Skylar and her friend Bryan, who is also our Panamanian next-door neighbor, were almost inseparable. Each time Skylar and Bryan would head into town, Bryan would make a pit stop at his house. He would emerge transformed.

He would no longer be in a t-shirt and shorts. He would have changed into spotless jeans (maybe long shorts) and a polo shirt, with his hair freshly wet-combed.

Only then did his mother give the okay for him to walk or bike into town.  I wish I could say Skylar had been as nicely attired.

A Tip: If you are invited to dinner at a Panamanian’s house, dress appropriately. If you show up wearing shorts and a t-shirt, your Panamanian hosts probably won’t say anything, but they’re probably thinking, “how uncivilized.”

In this section, I will try to give you a general idea of what Panamanians usually wear out in public. If you want to fit into the local community, follow these general guidelines.

I am not saying that expats or travelers should dress like a local.  However, to be respectful, you should dress so you don’t outrage local sensibilities. And given that Panama’s dress style is casual, it is pretty easy to dress appropriately.

Also, if you are in business, you might want to take special note of what to wear. You will be given more respect and deference if you wear long pants, polo shirts or button-down shirts, rather than shorts and t-shirts. Think business casual.

Workers (eg., maids, gardeners) tend to arrive at work in nicer clothes, then change into work clothes. They reverse the process when they head for home.

If you will be going into any government offices know that they have a dress code.

You can be asked to leave if you do not comply.

Dress code:  long pants or a knee-ish length skirt/dress/capri pants. Your shoulders must be covered. Men should wear a polo or button down shirt, not a t-shirt. Shoes must cover your toes.

If you wear shorts, flip-flops, and a tank top, you can guarantee you will be asked to leave.

I have been fine going into government offices with over the knee-capri pants, Keen sandals (which cover my toes) and a short-sleeve button-down shirt. Children wearing toe-revealing sandals seem to be okay as well.

Theoretically, banks have the same dress code. But I find it has more to do with the mood of the bank’s security officer than with anything else.

I have gone into banks wearing flip-flops (but otherwise complying with the dress code) and have almost never been asked to leave. Usually, I simply forget that I am wearing flip-flops. However, if you remember, it is best to comply with their dress code.

No Shirt? Not Allowed in Panama

It is always illegal for a woman to be shirtless in public in Panama – even at the beach.

You should have a light jacket.  There are many places where the air conditioning can be freezing.

Also, the temperatures in the highlands are lower, sometimes making a jacket a good idea.

Plus, elsewhere, particularly near the ocean, it gets cooler and breezier in the early mornings and evenings, especially in the rainy season.  At those times, you may appreciate a light wrap.

Discover more information about life in Panama – Subscribe to Our Monthly Newsletter.

thanks for posting this was very helpful to my school project.

Thank you for this posting. I will hopefully live in Panama in a year or so and it is the everyday things, such as what to wear, that I need to know. I would have never known that I have to have particular shoes on in order to go into a government building or bank. I am positive that you just spared me some time and energy in the future.

Thank you.
But as to fashion, women are very much up to day in fashion, same as the U. S. – not that Americans are the best example anyway. In fact, never mind about wide legg jeans, the fashion is to do your own thing.

But, as to handbags, they still widely used.

As to guayaberas, they’re very much out of fashion. What worn is cotton, short sleeved shirt, usually plaid.

"Be kind because you will never know how much the person beside you is suffering." ~Unknown 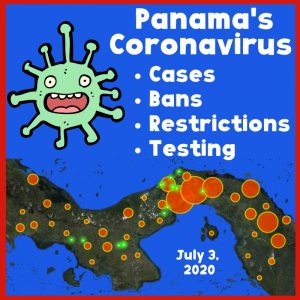 UPDATED: July 3, 2020 (I do periodic updates) Day 116 since the first Covid19 case. END_OF_DOCUMENT_TOKEN_TO_BE_REPLACED

I just published a book! It explores everything you need to confidently buy Panama real END_OF_DOCUMENT_TOKEN_TO_BE_REPLACED

Updated: April 30, 2020 US Congress has passed the Coronavirus Aid Relief and END_OF_DOCUMENT_TOKEN_TO_BE_REPLACED

UPDATED: April 22, 2020 Panama had initially closed its airports on March 23rd for 30 END_OF_DOCUMENT_TOKEN_TO_BE_REPLACED

March 15, 2020 Important travel news about travel in and out of Panama. The most recent END_OF_DOCUMENT_TOKEN_TO_BE_REPLACED

Are you an American? Are you a Democrat? You can vote in the Democrats Abroad END_OF_DOCUMENT_TOKEN_TO_BE_REPLACED

A heads up, when you buy property in Panama. Many lawyers will urge you to create a END_OF_DOCUMENT_TOKEN_TO_BE_REPLACED

People who live cross-culturally, for any significant portion of their lives, are END_OF_DOCUMENT_TOKEN_TO_BE_REPLACED

Almost all properties purchased in North America are financed. That is not the case in END_OF_DOCUMENT_TOKEN_TO_BE_REPLACED

Have you decided to buy a Panama property? Most likely, you have never bought an overseas END_OF_DOCUMENT_TOKEN_TO_BE_REPLACED