Did you know all these tidbits about Panama?

I didn’t know them all.

Maybe you don’t either. I hope you enjoy them. 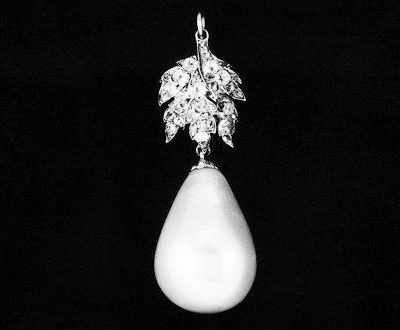 A pearl found in Panama was part of both the English & Spanish Royal jewels and later owned by Elizabeth Taylor.

At the time of its discovery, it was the largest pearl ever found. This pearl remains one of the largest perfectly symmetrical pear-shaped pearls in the world.

The pearl was found by an African slave on the coast of the Isle of Santa Margarita in the Gulf of Panama in the mid-16th century. The slave who found it was rewarded with freedom.

Originally, this pearl was given to Don Pedro De Temez, the Spanish Crown administrator of Panama. The pearl subsequently became part of the royal jewels of both the Spanish and English crown. The pearl eventually ended up in the hands of Elizabeth Taylor.  Her husband Richard Burton, gave it to her as a gift.

The pearl is called, La Peregrina, a Spanish word meaning “the Pilgrim” or “the Wanderer”.

A stamp persuaded the US to build the canal in Panama, not in Nicaragua

U.S. Senators were undecided about where to build the Canal: in Panama or in Nicaragua.

Philippe Bunau-Varilla, who lobbied for a Panamanian Canal, had an ingenious idea. He sent every US Senator a Nicaragua postage stamp which depicted one of the country’s many volcanoes.

It was an effective ploy: he stated that Panama had no volcanoes, thus was a safer bet. The U.S. senators agreed.

Today, you will find this persuasive stamp at the National Postal Museum in Washington, D.C.

Panama is the only place in the world where you can stand in one location & glimpse both the Pacific and Atlantic Oceans.

You can see both from the top of the highest point in the country, Volcan Baru.

You can climb the Volcan Baru starting in the town of Volcan or Boquete, both located in the Chiriqui Province of Panama.

(Note: Originally, I included the assertion that you can see both the sunrise on the Pacific and sunset on the Atlantic from the top of Volcan Baru. That is how it is written on the source for this list: The Panama Embassy. But as Ed, in the comments below, observed, that is impossible since the sun sets and rises in the West and East and the oceans in Panama are in the South and North. Thanks Ed.)

Panama was the 1st country outside the USA to sell Coca-cola.

Coke was available just in time to quench the thirst of the Americans working on the Canal. Coke was so popular that when the Panama bottling factory owners bought a cafe in 1918, they rechristened it Cafe Coca Cola.

The Cafe Coca Cola is now the oldest cafe on the isthmus. You can visit it today in the Caso Viejo neighborhood of Panama City.

Panama was the 1st Latin American country to adopt the U.S. Currency as its own.

Panama adopted the U.S. dollar as its official currency in 1904. Not coincidentally, this occurred right after its independence from Columbia.

At the same time, the newly minted country of Panama also allowed the US to build the Panama Canal across their new county.

I write how Panama’s Independence from Columbia was won as part of an article on Panama’s 5 November holidays. 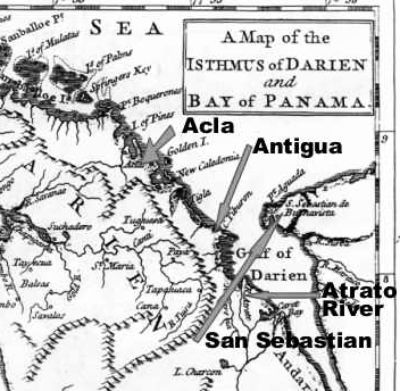 The 1st European-built city & the 1st Catholic Diocese in the Americas were built in Panama.

The Diocese of Panama is thought to be the oldest in the Americas. It was set up in 1514, with the arrival of Franciscan missionaries.

Even before that, in 1510, Martin Fernandez de Enciso and Vasco Nuñez de Balboa founded the city of Santa Maria la Antigua.

It was located on the Atlantic in what is now the Darien province.

The 1st European-built city on the Pacific Ocean side of the American continent was built in Panama.

It was the first European city built on the Pacific Ocean side of the American continent.

In 2000, a Panamanian of African descent became part of European Royalty.

The Panama embassy website states that Angela Brown, born in Bocas del Toro, Panama, is the first person of African descent to become part of a European royal family. They state it happened in 2000 when she married Prince Maximilian of Liechtenstein.

However, this is incorrect.

She was captured as part of a slave hunt and eventually given to Queen Victoria as a gift.

At that time, slavery was already outlawed in England. Instead of abandoning the girl, who was 8 at the time, Queen Victoria adopted her. Princess Bonetta was very much considered both a princess and part of the royal family.

In 1501, Rodrigo Galvan de Bastidas was the first conquistador to arrive at the Panamanian isthmus.

One year later, in 1502, Christopher Columbus visited the isthmus during his 4th voyage to the Americas.

Columbus did not fare well in Panama. On January 9, 1503, he built a garrison fort at the mouth of the Rio Belen in western Panama. On April 6, a large force of Indians attacked the garrison. The Spanish managed to hold off the attack but realized that the garrison could not be held for long.

Columbus rescued the remaining members of the garrison, losing one of his ships in the process. On April 16, the 3 remaining ships, now badly leaking from shipworm, sailed for home. 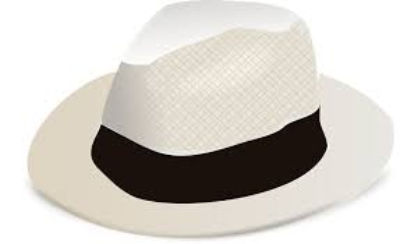 The Panama Hat is actually from Ecuador

The Panama hat is a traditional brimmed straw hat of Ecuadorian origin.

How did a hat from Ecuador get the name, the Panama Hat?

The Gold Rush had something to do with it.

One of the routes Americans took from the east to the Gold Rush in California was by crossing the Panama Isthmus from the Atlantic over to the Pacific and then up to California.  This hat was very popular with that Gold Rush crowd.

Another reason for the myth is that U.S. President Theodore Roosevelt was photographed wearing one when he visited the construction site of the Panama Canal in 1904.

The emergence of the Isthmus of Panama changed the world.

2.8 million years ago, the Isthmus of Panama rose from the sea.

In doing so it united two continents, separated a vast ocean in two, and changed the planet’s biodiversity forever.

For instance, climate change caused by the appearance of the isthmus contributed to human evolution. Without the isthmus, homo sapiens may never have evolved.

Who knows, without Panama, we might still be monkeys! 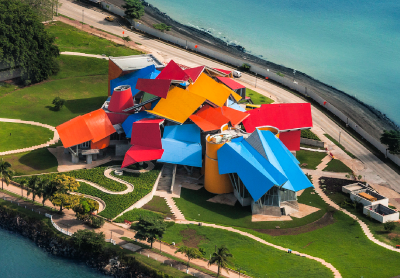 At Panama’s request, Gehry designed the Biomuseo specifically to help tell the story of how the emergence of the Isthmus of Panama radically changed life on Earth.

The museum is not just the building, it includes the outdoor spaces which were designed to be part of the experience.

The Biomuseo is definitely worth a visit if you are in Panama City.  I wrote about my family’s 2015 visit here. 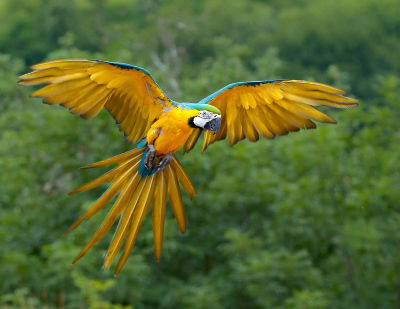 Tiny Panama has more bird species than the entire continental US.

There are 986 recorded bird species in Panama. A number that surpasses the United States, which has 914 species.

As you can imagine, this makes Panama a popular destination for bird watchers from around the world. 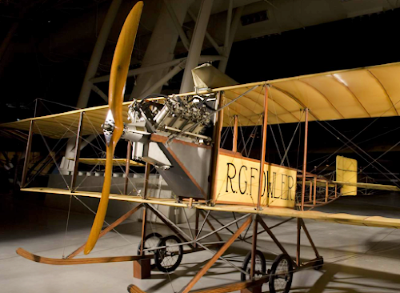 It was an extraordinarily dangerous flight, with no open areas available for emergency landings and treacherous winds. He and his cameraman, R.E. Duhem, took off from the Pacific side and landed in shallow water at Cristobal:  52 miles and 1 hr and 45 mins. later.

You can see the Gage-Fowler biplane at the National Air and Space Museum in Washington, D.C. 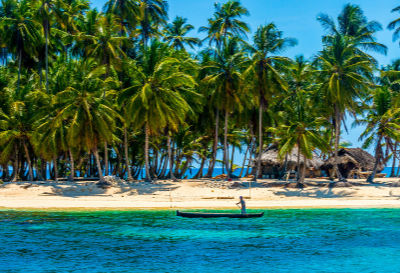 You can visit an island every day of the year in the San Blas Archipelago.

Panama’s San Blas Archipelago, known as the San Blas Islands, are in the Atlantic Ocean.

This archipelago consists of 365 islands and cays.  If you love boats, this is the place for you. 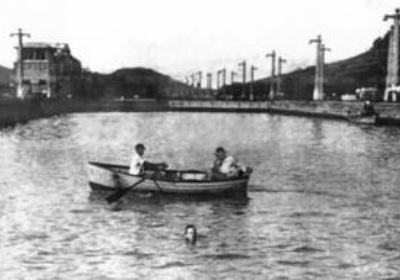 The lowest toll ever paid to transit the Panama Canal was 36 cents.

In 1928, the American Richard Halliburton paid 36 cents in order to swim the Panama Canal across the isthmus. In today’s (2019) dollars, that is the equivalent of $5.23.

Richard Halliburton made a career of traveling the world and writing books about his adventures. He famously said, in response to his father’s plea for him to settle down, “I’ll be especially happy if I am spared a stupid, common death in bed.” 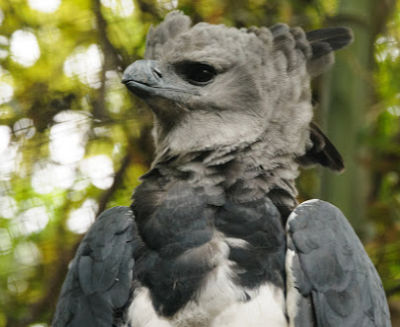 The Harpy Eagle is the largest, most powerful eagle in the Americas.

Its name refers to the harpies of Greek mythology. Harpies are mythical monsters in the form of a bird with a human female face.

The Harpy Eagle (Harpia harpyja) is found in the lowland rainforests of tropical Americas. 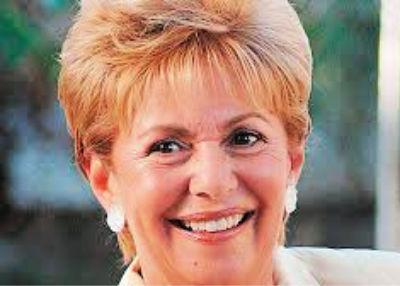 The first female president of Panama was Mireya Moscoso. 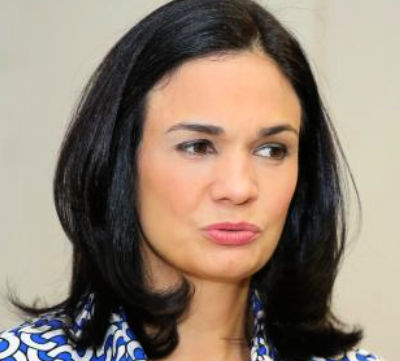 She was both the Vice-President and Minister of Foreign Affairs from 2014 to 2018.

The person behind “Murphy’s Law” was born in Panama.

Edward A. Murphy, an engineer who spent a lifetime studying reliability and safety in order to prevent human error, coined “Murphy’s Law” with an offhand remark.

Murphy’s law: If anything can go wrong, it will.

Edward Murphy Jr. was born in the Panama Canal Zone in 1918. 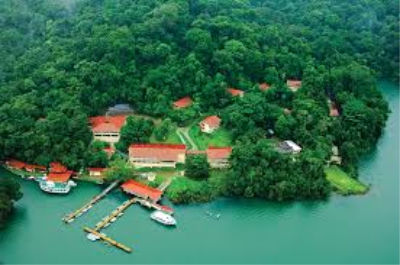 The 1st Smithsonian Research Institution outside of the US was built in Panama.

The Smithsonian Tropical Research Institute in Panama was founded in 1923 as the Barro Colorado Island Laboratory to study tropical biology.

Although still based in Panama, today its researchers study biodiversity and human culture throughout the tropics.

The late Senator John McCain was born in Panama.

At the time, Coco Solo, a United States Navy submarine base and naval air station, was part of the U.S. territory in Panama.

That area is now within the town of Cativá, which is near Colón, Panama. 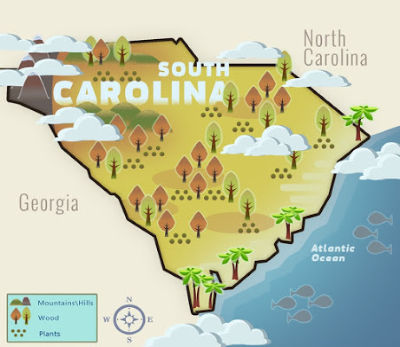 Panama is slightly smaller than the country of Ireland and the State of South Carolina.

I found this list of factoids on the Embassy of Panama website.  As is my way, I changed and expanded upon them to varying degrees.

Keep informed about Panama, sign up for our newsletter.