As I mentioned in the previous post, I despise buying airline tickets.

One reason is that I was never sure if the flights I was finding were the best.  Price and schedule.

Using Scott’s Cheap Flight tips on how to use Momondo and Google Flights really helped.

But he also has an entire guide of tips and information on finding the cheapest flights around the world.

Many of you are travelers, at a minimum to Panama, so I thought you might find these tips eye opening as well.

Next time you want to buy a ticket to Panama, or from Panama, you may want to test out his instructions.

Here they are (slightly modified).

How To Find Cheap Flights

Crossing the Ocean for Cheap. I (Scott) used to live in Washington DC, but the best ticket I ever purchased was from NYC to Milan for $130 roundtrip. It was well worth the $20 bus ride up, and I even got to spend the weekend with friends in NYC. If I had insisted on flying to Milan from DC, not NYC, the ticket would’ve been around $800, not the $150 I actually paid.

The next best fare I’ve gotten was from DC to Brussels for ~$250 roundtrip. So nice I bought it twice! Even though I didn’t have that much interest in Belgium, I knew once I was in Europe, budget flights to other European countries are incredibly common. For one trip I bought flights from Brussels to Norway (~$60 roundtrip) and for the other trip I bought flights from Brussels to Dublin (~$80 roundtrip). If I had insisted on flying from DC to Norway or Dublin (without stopping first in Brussels), I would have paid around $750 roundtrip, not the $310 and $330 I actually paid. And I wouldn’t have gotten a day in Brussels to boot!

Takeaway:  If you want to get the cheapest flights possible, focus on getting the cheapest fares across the ocean, even if it’s not from your home airport or to your ultimate destination.  Two itineraries are frequently cheaper than one.  Plus you can stay and explore the city (in this case NYC or Brussels) as long or as short as you like.

This is the way most people approach getting a flight.

Typically this results in high prices.

Instead, if getting a cheap flight is your priority, flip that approach:

Plus, like I discussed above, once you get to Europe or Asia or wherever, it’s really easy to hop a budget flight to your final destination.

Be flexible with where and when to go. If you’ve picked out your destination, picked out your dates, and don’t have flexibility, 95% of what you can do to bring down the cost of airfare is already out the window. Flexibility is king.

Sidenote: Be sure to search more than one date. (Clicking the calendar in Google makes it easy and shows you cheap fares for two months at a time.) Often times shifting the dates by even a day can cut the price in half.

Be sure to search Southwest.com separately since Southwest flights don’t show up on any flight search engines. For domestic flights, check out Skiplagged.com for some possible cheap hidden fares, but be sure to read up there on the basics of “hidden city ticketing” so you know what you’ll be doing.

When is the cheapest time to fly?

Most expensive time to fly?

It will also vary a bit by the specific destination, especially around popular festivals. Fares to Dublin for St. Patrick’s day or to China for Chinese New Year ain’t cheap.

When should I book my flight?
Advance Purchase. In terms of how far in advance, I typically recommend:

(If you’re booking for peak summer, I’d add a month or two onto these recommendations.  If you’re traveling during low season it’s more likely cheap fares will pop up closer to departure date.)

Prices tend to jump in the last month or two before departure, so you don’t want to cut it too close. On the other hand, if you book too early and settle for a not-great fare, you’re missing out on potential future sales.

Of course, if you’re looking to travel around major holidays like Christmas or during peak summer, I’d add a month or two on those recommendations.

Day of the week. In general Tuesday, Wednesday, and Saturday are the cheapest days to travel. Friday and Sunday are usually the most expensive days.

It’s a recurring Internet myth that booking at a specific time each week (typically cited as Tuesday at 2pm or so) is when the cheapest flights are available. This was the case a couple decades ago when airlines loaded their fares once a week, but hasn’t been true for years.

How long will great fare last
Hard to say.  Unless it’s an advertised sale (which usually aren’t that great to begin with), there’s no public end-date on any given fare.

The rule of thumb is that the better the fare, the shorter it will last. In general I wouldn’t expect most great fares to last longer than a few days.

Why aren’t there more deals from my airport?
The main reason is lack of competition from other airlines.  Two of the cheapest cities for flights, New York City and Los Angeles, are also hubs for all three major American carriers (Delta, United, and American). On the contrary, many other large cities have just one dominant carrier, like Houston (United), Dallas (American), Atlanta (Delta), Phoenix (American), etc. Those cities have much fewer travel deals.

Tracking fares
Both Google Flights and Kayak let you track a specific trip and get alerted when the price drops.
General “really good fares” from US are:

I found a cheap flight that departs from City A, connects through City B, and arrives in City C. If I live in City B, can I just skip the A-B leg?

No. Once you miss a leg of an itinerary, the rest of your itinerary automatically gets cancelled out.
The only way skipping a leg can work is (a) if you buy two separate one-way tickets rather than a roundtrip, or (b) if you just skip the very last leg of a roundtrip itinerary, in this case from City B to City C. This is a practice called “hidden city ticketing,” which the airlines don’t like (so don’t advertise your plans!) but has a seal of approval from the New York Times Ethicist.

Should I clear my cookies before searching?
No. It doesn’t make a shred of difference.

There are also some more complex ones like the ITA Matrix, SkyScanner, and various plugins, but for most folks Google Flights, Priceline, and Momondo are plenty. (Remember that Southwest doesn’t show up on search engines, so check directly on their website.

Should I try to get a standby fare? Or book unsold seats at the last minute?
Basically, no.

Last minute deals can pop up, but it’s increasingly rare. In the last week or so before a flight, the price tends to skyrocket. This wasn’t true 20 years ago as airlines slashed prices to fill unsold seats, but nowadays airlines jack up prices on unsold seats knowing that business travelers are far more flexible on price but can’t make plans until the last minute.

How do I find cheap one-way tickets?
For most carriers, one-way flights are significantly more than half the cost of a roundtrip flight. If you want to fly into a different airport than you will depart from, usually better to book an open-jaw flight (flying A to B, then C to A) on one itinerary rather than two separate one-ways.

Airlines whose one-way flights are around half of a roundtrip include JetBlue, WOW, Norwegian, Condor, and basically all intra-continental budget carriers like Ryanair and Air Asia.

But other than using the tips above and generally searching Google Flights, Momondo, Skiplagged, and Southwest.com separately, there’s not a separate strategy for finding cheap last-minute flights.

Next time you want to buy a ticket to Panama, or from Panama, you may want to test out his instructions.

Actually, even if you aren’t planning on traveling it is fun to see where you could go.  If you live in Panama, you can even get deals sent to you for flights that originate in central america. Something that is otherwise very hard to get.

"Real love is not based on romance, candle light dinners, and walks along the beach. It is based on respect, compromise, care, and trust." ~Unknown 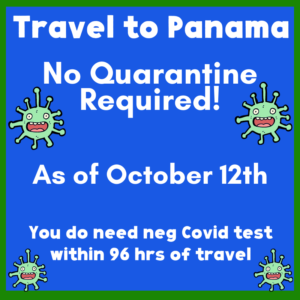 September 15, 2020 Every month since March, Panama has pushed the date to allow END_OF_DOCUMENT_TOKEN_TO_BE_REPLACED 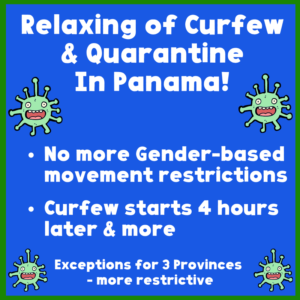 Sept. 14, 2020 For most of Panama, today is soul-satisfying. Today, after END_OF_DOCUMENT_TOKEN_TO_BE_REPLACED 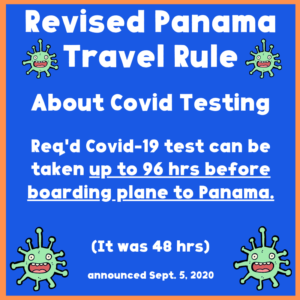 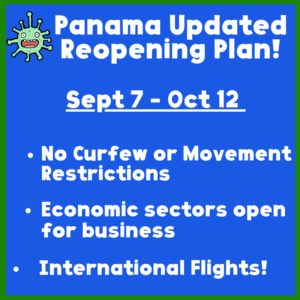 I just published a book! It explores everything you need to confidently buy Panama real END_OF_DOCUMENT_TOKEN_TO_BE_REPLACED

Updated: April 30, 2020 US Congress has passed the Coronavirus Aid Relief and END_OF_DOCUMENT_TOKEN_TO_BE_REPLACED 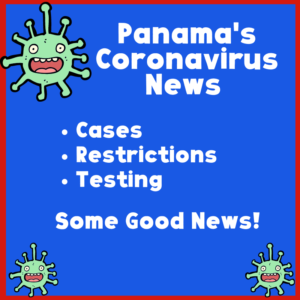 UPDATED: April 22, 2020 Panama had initially closed its airports on March 23rd for 30 END_OF_DOCUMENT_TOKEN_TO_BE_REPLACED

March 15, 2020 Important travel news about travel in and out of Panama. The most recent END_OF_DOCUMENT_TOKEN_TO_BE_REPLACED

Are you an American? Are you a Democrat? You can vote in the Democrats Abroad END_OF_DOCUMENT_TOKEN_TO_BE_REPLACED